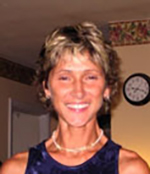 Behind the Scenes has awarded a grant to Mary O’Brien, a member of IATSE Local 489 in Pittsburgh, who underwent her third surgery last year for recurring hip problems that have left her, at times, nearly debilitated.

O’Brien works as a scenic artist, set dresser, props assistant, and production assistant, but she has battled with health issues for a good deal of her life. “When I was 13, I was diagnosed with Hodgkin’s disease,” O’Brien said in her appeal to Behind the Scenes. “The stage of the disease required my spleen to be removed. That resulted in my immune system being compromised. Because of the radiation and chemotherapy, I currently have osteoporosis. The chemo treatment caused avascular necroses, which is why I eventually had to have my hips replaced in 1987.” She had a revision in 1999 for bone grafts and to replace the plastic in both hips

After going through all that, the unthinkable happened in 2006. On November 6, O’Brien says she awoke unable to stand on her right leg. She called in sick to her gig working on a TV film based on the Goosebumps series of children’s books but soon realized that she would be unable to finish the film because she ended up walking on crutches or with a cane. “X-rays of my right hip indicated that the prosthetic in my right femur was loose,” O’Brien recalls. “A bone-scan taken a week later confirmed to the doctors that the prosthesis was loose and would need to be replaced.”

O’Brien underwent surgery in January 2007, a procedure that kept her from working for at least three months, a period she would live without income and unable to pay even her insurance co-pays and deductibles. She was preparing for this hit when she discovered Behind the Scenes through a friend who works in theatre. After calling and receiving an application, O’Brien says she sent in her documents overnight on a Wednesday and had the approval less than a week later. “I am amazed at how quickly everything was done,” she says about receiving her grant. ”It is still unbelievable that this good has happened to me. So much weight has been lifted off of my shoulders because of Behind the Scenes.”

“It’s an unfortunate thing that a lot of people in this industry don’t make a lot of money and don’t have health insurance.” O’Brien adds. “They’re people who work really hard. I’ve worked in theatre and film, and it’s a work force that works a lot of hours and there’s just not the security that there is in a lot of other fields.”

O’Brien is entirely aware of the gift that came in the form of a Behind the Scenes grant. “My friends helped me out so much, but there’s no way they could have helped me the way Behind the Scenes did,” she says. “It’s been a godsend to me. I honestly don’t know what I would have done. It’s not easy for me to ask for money, but they made it so easy to ask for help. I was in a situation where I had to do something. I’m not just thankful for the money; I’m thankful for the ease of everything, the peace of mind involved in everything.”