Behind the Scenes Foundation Board of Directors 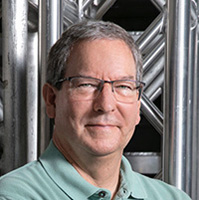 Rick Rudolph is the retired President of Stage Equipment and Lighting (SEAL), located in Miami, Fla., where he was involved with all of the major system sales. Rick began working with the Gill family in 1977. Rick grew up around the birth of color television. His father was the chief electrician at NBC’s first color studio who started his own business, Lite-Trol Service Company. Rick later became a Vice President of the company. Rick attended Johnson State College in Vermont where he studied technical theater, and Long Island University in New York where he earned his BFA, studying lighting design with Lee Watson. In the course of his professional career he has been a stage-hand, designer and field service technician. Rick was elected to the ESTA Board of Directors as a Dealer director in 1999. Rick received the Swan Award, ESTA’s highest honor, in 2009. 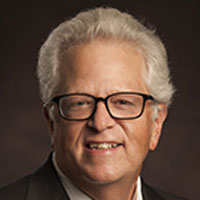 David M. Saltiel is a partner with law firm of Golan Christie Taglia LLP. He practices primarily in the areas of real estate, entertainment and corporate law. David received his Bachelor of Business Administration degree from the University of Michigan and his J.D. from the University of Illinois. Selected by Chambers USA America’s Leading Business Lawyers as one of the top Media & Entertainment lawyers in the United States, David is also recognized by the Leading Lawyers Network as being among the top commercial real estate and entertainment lawyers in the State of Illinois. David serves as a founding member of the Board of Directors of Chicago Children’s Theatre. He has also served on the Board of Directors of Lawyers for the Creative Arts and is currently a member of the organization’s Honors Council. Mr. Saltiel is a member of the American Bar Association, the Illinois State Bar Association, and the Chicago Bar Association. 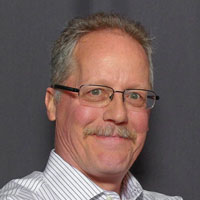 Mark Heiser, CVE, is Venue Director for the Denver Performing Arts Complex at Arts & Venues for the City and County of Denver. He has been with Denver Arts & Venues since 2016. Previously Mark was Managing Director of The David H. Koch Theater at Lincoln Center for the Performing Arts in New York. The Koch Theater is the resident home of the New York City Ballet. Prior to his tenure in New York, Mark was General Manager of Cal Performances at the University of California Berkeley, one of the largest performing arts presenting organizations on the West Coast. In addition to his role as Treasurer for Behind the Scenes, Mark serves as ex officio board member for Opera Colorado and the Newman Center for the Performing Arts at Denver University. Mark has a Bachelor’s Degree in Drama from the University of California at Irvine and a Master’s Degree in Dramatic Art/Arts Administration from the University of California at Davis. 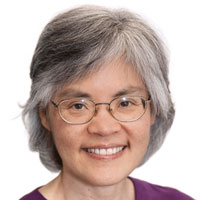 Dawn Chiang designed the lighting on Broadway for “Zoot Suit”, was co-designer for “Tango Pasion”, and associate lighting designer for “Show Boat”, “The Life” and the original production of “La Cage Aux Folles”. Off Broadway, she has designed for the Roundabout Theater, Manhattan Theatre Club, and co-designed the first two seasons of the “Encores!” concert musical series at City Center. Dawn was resident lighting designer for New York City Opera, where her designs included “A Little Night Music” and “Fanciulla del West”. She is the lighting designer for the award winning FDNY Fire Zone at Rockefeller Center, New York. She has worked on the concert tours of Paul Anka, The Carpenters, Diana Ross, and Loggins and Messina. 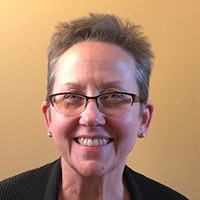 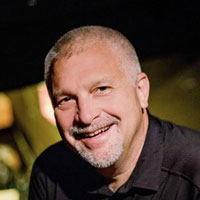 Jim Digby is 30 plus year veteran of the entertainment industry. He is the founder and Chairman of the Event Safety Alliance® and owner of Collaborative Endeavor Group (CEG), providing international touring strategies and complete production solutions for the live entertainment industry. He served as the long time Director of Touring and Production for the multi-million selling artists Linkin Park, and has previously worked with artists as diverse as The Backstreet Boys, Bon Jovi, and Marilyn Manson. He is a four-time recipient of Tourlink’s “Production Manager of the year” award, as well as Parnelli’s “Production Manager of the Year” award for 2012. 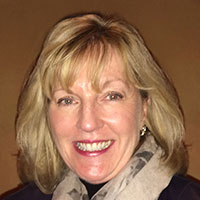 Susan McGuirl is the Chief Marketing Officer for HUB International Limited. She is the former Head of North America Entertainment for Allianz Global Corporate & Specialty Allianz. Susan has been in the insurance industry for over 25 years holding various leadership positions in both claims and underwriting. Prior to joining Allianz, Susan was the COO of Travelers Entertainment. Susan was instrumental in developing the partnership between Allianz and the Event Safety Alliance. She continues to be an advocate for safety, encouraging collaboration between entertainment experts and the insurance community. 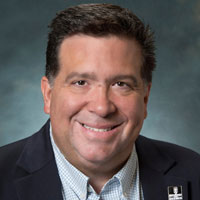 Tobin Neis is the Director of Marketing for the Barbizon Lighting Company. His varied background includes work in industrial and traditional theater, museums, broadcast, houses of worship, and corporate audiovisual environments. He graduated with a BA in Political Science from the University of Wisconsin at Madison and an MFA in Theatre Technology from Indiana University. Tobin is a member of the Illuminating Engineering Society of North America (IESNA) and is an ETCP Recognized Electrical Trainer. 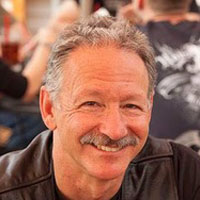 Eddie Raymond, is the immediate past President of ESTA, and the retired Vice President/Training Director of IATSE Local 16 in San Francisco. He spent the first twenty three years of his professional life working seasonally for the American Conservatory Theatre and for other theatrical and motion picture employers in the Bay Area including many stints at Industrial Light and Magic. When the Geary Theatre was heavily damaged by the 1989 Loma Prieta earthquake and A.C.T. became homeless, Eddie found himself supervising the adaptation of odd spaces into theatres and overseeing the technical areas of rebuilding the Geary. He has also served Local 16 on the Apprentice Board since 1981 and the Executive Board since 1984 until he retired in 2014. Eddie is past president of the San Mateo County Central Labor Council and currently sits on the IATSE Craft Advancement Program committee teaching the OSHA 10 General Industry Safety curriculum nationally and advising the International’s Training Trust Program on training and curricula. 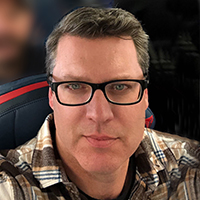 Paul is the Senior Vice President of Sales at LiteGear. He is a recognized entertainment lighting and technology global sales leader with more than 25 years’ experience and a strong track record of building relationships and loyalty with customers across all facets of the motion picture, television and music industries. He is also a member of several key industry trade associations and has served in key leadership positions to leverage his skills and expertise to support others in his field. Paul began his career at Paramount Pictures in the Backlot Operations division, where he learned foundational elements of the business from behind the lens. He also spent several years leading lighting sales and rental operations for industry icon Mole-Richardson Co., where he built an extensive global customer base of dealers, rental companies, DP’s and gaffers. Before joining LiteGear, Paul ran marketing and rentals at The Camera House in North Hollywood, which presented a new and welcomed opportunity to learn the camera side of cinematography. Outside of his role at LiteGear, Paul is an active IATSE 728 set lighting technician, and an associate member of the American Society of Cinematographers (ASC), for which he serves as the Awards Sponsorship Committee chair. For the past ten years, he has also been a member of the Entertainment Services and Technology Association (ESTA) and its affiliated Production Equipment Rental Group (PERG), where he served as council chair for three years. 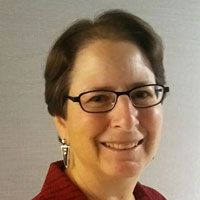 Lori is the Executive Director of the Behind the Scenes Foundation. She was the Executive Director of the Entertainment Services and Technology Association (ESTA) for almost 30 years until her retirement in 2018. She was instrumental in the founding of the Theatrical Dealers Association, later ESTA, in 1987 and in 1990 became its first employee, eventually becoming Executive Director. Prior to that she spent over ten years with San Diego Stage & Lighting Supply, eventually becoming General Manager. After a brief stint as a professional dancer, Lori began working for Bruce Kelly & Associates, a theatrical consultancy firm, and also began her long association with the San Diego Symphony Orchestra as a stage manager. Lori freelanced continuously in San Diego as lighting designer, ALD, or stage manager for many of the local dance companies, the San Diego Master Chorale, the San Diego Gilbert & Sullivan Company, the Starlight Civic Light Opera, and the Old Globe Theatre. After moving to New York she worked for Rosco Laboratories prior to full time employment with ESTA. 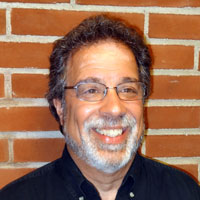 Bill Sapsis, President of Sapsis Rigging, Inc., began his career in 1972.   His work on Broadway includes the original productions of A Chorus Line and The Runner Stumbles. Bill opened Sapsis Rigging in 1981 and has grown the company into a multi-faceted installation/production/service company with clients on 5 continents.  Bill’s articles and lectures on rigging and safety can be found in numerous publications worldwide. He has authored two books; Heads and Tales and Entertainment Rigging for the 21st Century.  Bill is a member of the Entertainment Technician Certification Program (ETCP) Council. He serves on ESTA’s Technical Standards Committee and is co-Chair of the ANSI accredited Rigging Working Group. He is a member of the Behind the Scenes Foundation Board of Directors. He is a USITT Fellow and a member of ABTT. He is a founding member of the Long Reach Long Riders, an industry-based charity motorcycle group. He is also the producer of the North American Theatre Engineering and Architecture Conference. 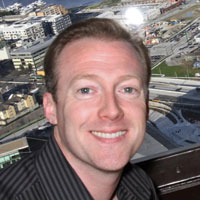 Todd has over 20 years of experience in the event technology industry with a primary focus on executive leadership and business development. During the rapid growth and technological advances of the 1990’s, Todd ventured out from his work as a technician and formed a lighting and rigging company that served the Arizona and California markets and eventually expanded to include lighting design services on a national scale. Through the growth of that business, Todd learned that there were great opportunities not yet being explored in the corporate theatre realm which, ultimately, led to an alignment between his company and his current role with PSAV. Starting from the ground up, Todd led PSAV’s business development effort for rigging and continues to serve as Vice President of Rigging Services for PSAV’s global portfolio encompassing 945 rigging locations across 11 countries. He is responsible for $100M in annual revenue and continues to provide strategic direction for their future growth. Todd is the President of ESTA. 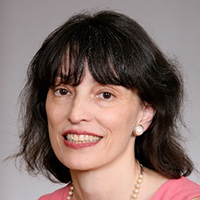 Pat is proud to be a wardrobe worker and has worked for many years as a dresser on Broadway and in the wardrobe departments of soap operas, and elsewhere, when asked. She has been a member of the IATSE since 1986 when she joined ACT as a traveling wardrobe employee. Pat transferred into Local 764 on April 24, 1989 and has served as a trustee and officer since 1995. She currently serves the membership as Local 764’s President, and as such, oversees the local’s contract negotiations and arbitrations, chairs meetings of the Board and Membership, represents the local at industry and union functions, and deals with the day-to-day business of Local 764, along with the Business Representatives and other elected officials. An International Representative since 2007, Pat has worked with locals of many types, but especially closely with wardrobe locals across the United States and Canada, to assist them in strengthening their local unions. Pat is currently the Director of Education and Training for the IATSE International, and was elected to the post of International Trustee on April 30, 2013. She is also a member of New York Women in Film and Television, serves on the ETCP Certification Council, and was recently assigned by International President Loeb to take part in the AFL-CIO’s National Labor Leadership Initiative.  She is a Trustee on the International’s Training Trust Fund, which helps to provide craft-skills training to IATSE workers, and is a trustee on the IATSE National Benefit Funds.