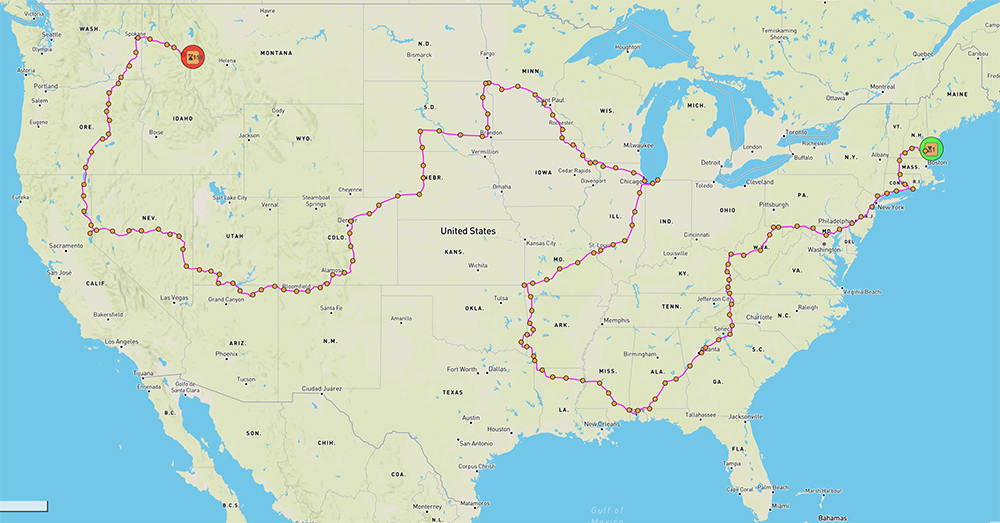 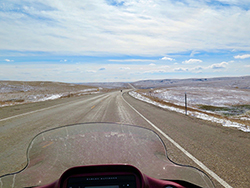 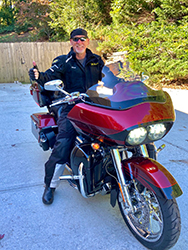 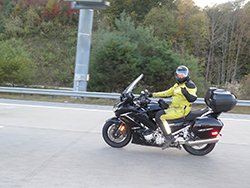 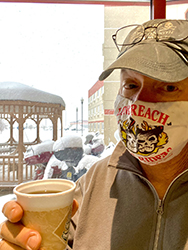 They almost did it.

Greg Williams, lead rider for this adventure explained what happened, “We were so very close, but Mother Nature thought otherwise. There was snow in Maine and New Hampshire at the beginning of the ride. In the Midwest we encountered cold temperatures and high winds, which wasn’t fun. But it was the ice on I-90 in Montana that convinced me it was time to call it quits.”  Greg’s motorcycle, Ice Dancer,put it this way: “I was on my side bouncing off the median and Greg was sliding down the highway on his back. It wasn’t like we had a choice or anything.”

The ride began in Kittery Maine on October 17th and ended 10 days later in Montana on October 26th, just 1 state shy of #48. In between the two intrepid, and very cold, riders experienced:

Autumn Extravaganza was conceived to help raise awareness and funds for Behind the Scenes, an industry based charity that not only provides financial assistance to entertainment technology professionals in need due to serious illness or injury, but also makes available mental health tools and resources through its Mental Health and Suicide Prevention Initiative.

Lori Rubinstein, Executive Director of Behind the Scenes noted, “We are so grateful to Greg and Wayne for their valiant attempt to complete the 48-state/10-day challenge. The Long Riders are an amazing group of people with a longstanding commitment to caring for those less fortunate than themselves. Please show your support by making a donation at behindthescenescharity.org/lrlr.”

Greg and Wayne are safely home (all protective gear and bike guards worked as designed!) and thinking about when to try this ride again. Ice Dancermay have the last word on that, “I’d be happy to try that route again, but let’s wait till summer.”

Greg has posted a full account of the journey here  http://lrlr.org/

It’s not too late to support the LRLR 2020 Autumn Extravaganza!